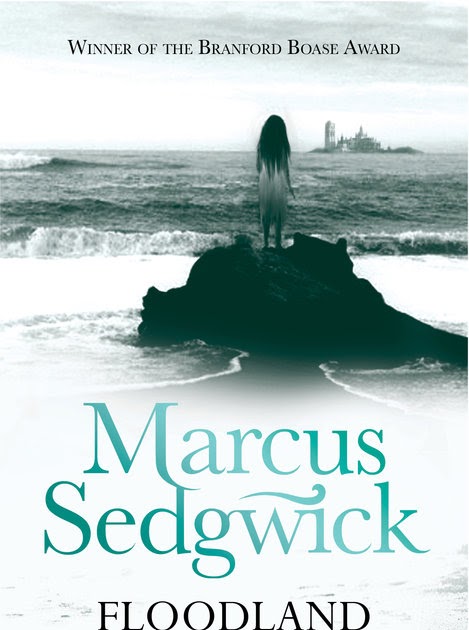 Imagine that you are on a flooded island and wherever you looked there was water. How will you survive this disaster?

Zoe has some disastrous days of her life. She first was chased by a crazy gang. One day, she finds a boat in the mud and wonders what she could do with the boat. A night passes and then she is on an island that she has never heard of, but she didn’t know that there were crazy people.

Zoe was my favourite character because all the things she has done has succeeded. She is a brave sweet girl that cares about people. She has been though escaping from a terrible place and an awful gang.

My favourite scene was when she escaped an island and with a friend, she found something she thought she would find.

Imagine that there is a flood and you are getting up then you see there no one – not even your parents, Will you escape the island too?

Zoe got to the Eels Island and she saw three teens who look like creatures. They were saying big and the bad words to Zoe but she didn’t like it and got confused.

My favourite character is Dooby, Wait a minute, you think he’s bad? Don’t think that! Well, he does kill people who come to the island, but in the inside he might have been good and maybe when he was a baby he must have been a good boy – he parents must of loved him.

Imagine that your home town is covered in water. Could you survive?

Zoe is left on Norwich in confusion and she is scared and frightened but she finds a way to dig a boat out of the mud and sails away. She reaches an island of Eels and meets a strange boy called Dooby. He may seem good but beware he is full of danger!

My favourite character is Zoe because she is a very young, adventurous girl who is left on a dangerous island and she survives. However, she is a determined survivor and she has a mindset on finding someone.

My favourite scene is when Zoe and her friend Munchkin helps her row the boat while a storm is starting. Luckily she survives.

Imagine that half of your country was covered in water

Zoe, who was accidentally left behind by her loved ones, had to deal with this suffering

She travelled across high seas in a small rowing boat. She reached a tiny island and she meets a boy, but that boy isn’t what he seems to be. He scares people and that’s not good news.

My favourite scene was when Zoe waited for munchkin and took him with her because even though he was in dooby’s gang she still wanted to take him and that was kind.

Imagen that you woke up and water was everywhere would you survive?

There is a flood and Zoe gets left behind. She goes to a new island, but be aware as there are dangerous people there.

My favourite character is Munchkin because he always tries hiding away, for example, when Dooby and Spat had a fight.

Imagine that you’re in a flood and your homeland is covered in water. What would you do and how would you survive?

Zoe travelled from a flooded Island called Norwich. She left without any food or any water and she survived. Zoe is a very brave girl in that dramatic story. She went through very dangerous adventures but she never gave up.

My favourite character is Zoe. Zoe in the story is very brave but in other parts of her adventures come to a very complicated journey. Zoe sailed to a very dangerous Island called the Eels Island. Zoe also meats a rude, mysterious and dangerous boy called Dooby, but Zoe manages to escape Dooby.

My favourite scene is when Zoe and her new friend Munchkin have a great time with each other.

Imagine that you are on a flooded island. How would you survive and what would you use?

My favourite character is Zoe because she is an intrepid explorer with a difficult journey. Although surviving the flood she ran away from a desperate gang trying to torcher her. Also she digs out a boat. She can’t swim but her dad how to row a boat.

My favourite scene was when she finds her parents and has a baby brother. Also Munchkin is a new member of the family.

Imagine that most of England has been flooded and Norwich is now an island, would you survive?

Zoe, who was left behind in confusion by her parents, now has to live in Norwich by herself. Luckily, she escapes the desperate gang and she finds a boat and manages to get away. However, her new home isn’t what she expected.

I like the character Munchkin because despite his size he manages to help Zoe on her mission to find her parents, and also he became a better person.

My favourite scene is when she leaves the nasty island with Munchkin and together they succeed.

Imagine that you were on a sinking island without your parents – could you survive?

In the book there is a girl called Zoe who got left behind. A desperate gang chased her. A boy called Dooby was extremely dangerous and Zoe was extremely scared of him.

My favourite character is Munchkin because he`s brave and he cares about animals and Zoe. He likes helping people like Zoe and he`s really kind.

Imagine that England was flooded; Norwich is an island. Could you survive?

Zoe was confused and she was left behind. While she was trying to escape, the desperate Gang was trying to chase her. THEY NEVER GAVE UP! Later on in the book, she went to Eels Island. One day she met a boy called Dooby. He seemed nice but BEWARE OF HIM he is very dangerous. He is horrid!

My favourite character is Zoe. She is very resilient and a survivor. She travelled from Norwich to Eels Island without dying. That shows that she is a survivor. She managed to be an adventurous person.

My favourite scene is when Munchkin and Zoe made a good friendship. Even though, he was one of Dooby’s  friend.

Her life in Norwich was a tough time without her parents. AND a boy called Dooby, who will be waiting for her wasn’t really a friend. You may think that he wants to be your friend but keep your eyes peeled you will see his dark side.

Imagine that your town was flooded. What would you do? How will you survive?

A girl called Zoë, trapped on Norwich stalked  by a gang fighting

My favourite character is Zoë because she never gives up on her parents. I think this because she always finds them somehow. And she says to anyone she sees “HAVE YOU SEEN MY PARENTS.”

My favourite scene was when she was at Eels island and met two nice and calm people.

Imagine that your home sweet home was destroyed by a flood. What would you do? How would you survive? Picture this in your mind as I tell you some more.

Zoe got chased by a gang. She luckily escaped from them and went to a new island called the Eels Island. When Zoe stayed for a few days she finally realized that she chose the wrong option.

My favourite character is Zoe because she is brave to go to another island by herself.

Imagine that when your house is flooded and you are trying to survive?

Zoe is my favourite character because she left Norwich and she was chased by a gang and she found a boat only for two people.

My favourite scene was when the spy came to Eels’ Island and told them when the cats were going to attack.

Zoe found a boat and she got away from Norwich and she is by herself so she landed on Eels Island.

Picture this: Wherever you are, image there is a flood. Could you stay alive, survive?

A girl called Zoe gets forgotten and left behind. She’s in an island alone with a gang, who is desperate to escape Norwich, where Zoe lived. She keeps rowing until she gets to an island full of danger.

My favourite character is Zoe because she is a strong survivor. In the book it mentions that Zoe manages to escape a deadly war with 3 tribe’s even horses which are very strong fighters.

My favourite scene is when Zoe and Munchkin make friends and this is Zoe’s first friend.

Imagine Norwich in England got flooded. Zoe was depressed that she got left behind trying to get off an island. She found a boat by going over wall. Then she went to different island because Norwich was flooded. She hated that island because there was a person called Dooby, who was the leader of a tribe called the Eels, who was horrid. She did not like the island because it was horrid and the people that were there were very mean and they killed anyone who came onto the island.

Deep in your dreams could you imagine your home would be flooded? Would you survive?

Zoe was left alone on a sinking island and there’s no food. Travelling through the deep sea not even knowing what’s next. Finding an island thinking she’s safe but her boat got taken away from her by a person named Dooby.

My favourite character is Zoe. Telling by her age she is a very brave girl.  She got away from a gang. Also, she gave up on going to the mainland.

My favourite scene is when she took Munchkin on the boat with the deadly war going on.

Zoe is a girl, who is all alone.

Zoe lost her boat.  Zoe went  to a cathedral  castle.

Zoe  escapes to Eels island, which is full of danger.

Imagine a flood. Imagine you were caught in this flood. What would you do?

There was a girl called Zoe. She was alone. Zoe felt like she couldn’t survive. A few days later, Zoe found an island. There was a horrible boy called Dobby, who wasn’t a good leader.

Movies and I like battles. It was good as well because the Eels died because of Dobby.

Imagine that England was flooded, Norwich is an Island? Could you survive?

Zoe felt devastated about why her parents left her on the wet seashore. She always got chased by gangs and had to find her own food and collect her own water.  So one day she was looking for food and found a boat. She cleaned it and saw its name was called “Lyca”. The next day she hid the boat in a shed and as always she got chased by a gang, so she decided to take her boat Lyca and escape the Island. She rowed and rowed until she came to an Island called Eels Island and met the main group of boys that ruled over the Island called Dooby – the leader out of the three and his sidekicks called Munchkin and Spat.

My favourite character of the whole story is probably Zoe because she has been through a lot by losing her parents and trying to find them again.