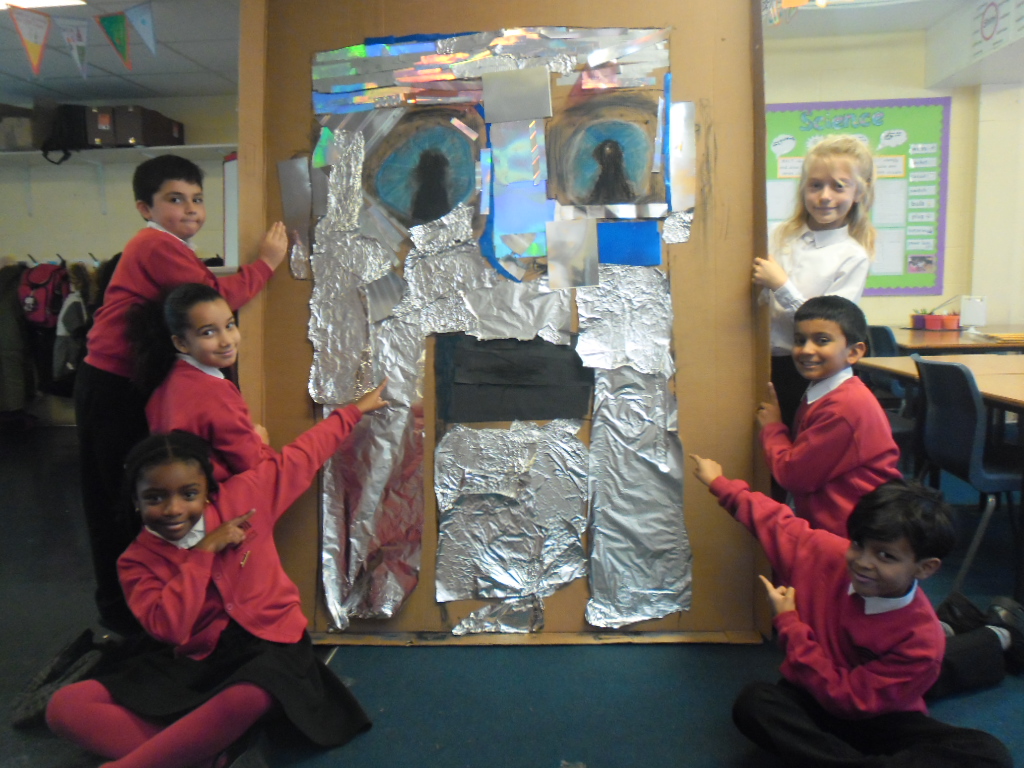 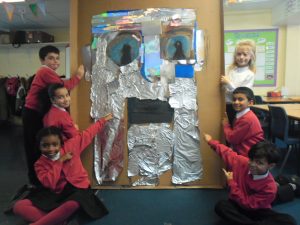 Year 4 made their very own Iron Man.

The part I did on the Iron Man was the eyes and the head. I helped to draw some white lines on the iron man eyes. I also helped to put some silver foil on the Iron Man’s gigantic head.  It was fun

The part I did was putting silver paper on the Iron man wall.

The bit I did on the Iron Man is the foil for the mouth and to draw some of the eyes. I also did some strips on the head and some other place. I enjoyed this activity.

I helped to make the Iron Man using tin foil charcoal. I also used chalk. The final thing we used was mirror paper.

The part I did was part of the head and the eyes. We used pastels, charcoal, chalk, tinfoil, mirror paper and other types of paper. Some people helped me stick materials on and I really enjoyed it.

I used chalk to make the Iron man. I directed people what people needed to do. We painted the eyes and his head.